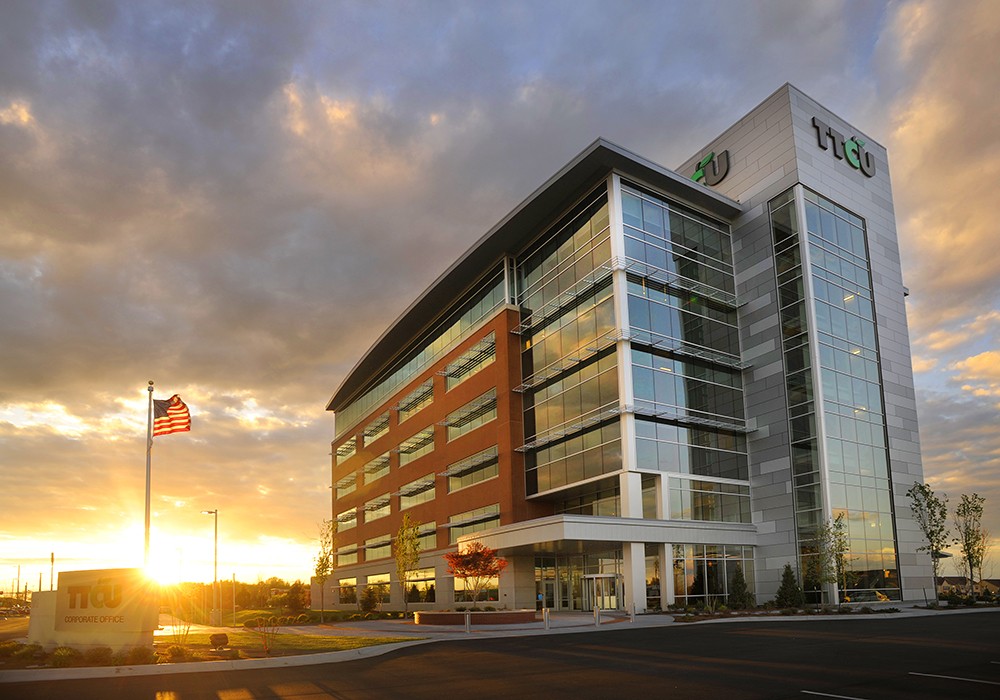 It’s every credit union’s dream to achieve so much success that even their headquarters building runs out of space. How can you design a building that accommodates for future growth?

Initial stages of determining the process for TTCU began just as all NewGround headquarter projects do. NewGround’s Strategy Team looked at growth projections, historical data, peer comparisons, and the current number of employees. Since the credit union wanted to accommodate growth that would last them 10 to 15 years, the Strategy Team developed a plan for a facility that would embody their vision.

Running out of space, TTCU knew they needed a large facility for their corporate headquarters. TTCU’s architectural style was influenced by the Discovery Session, with early designs modified to fit future needs down the road.

“Through NewGround’s Ideation and Discovery sessions, we zeroed in on the spaces we really needed for our employees and guests: a training room, a larger break room, space for a line queue, welcoming space, engagement space, fitness room, and an area for the title company that shares our space,” said Jerry Hoopert, SVP at TTCU. 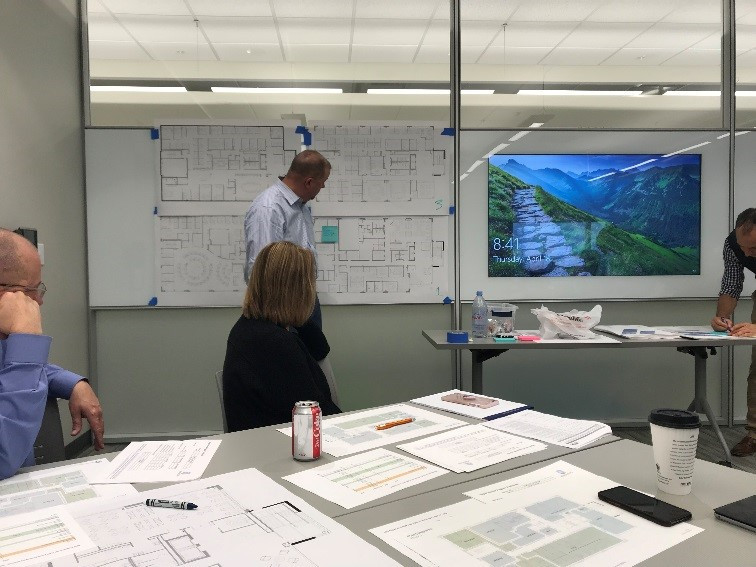 To create a large, inviting space for TTCU’s future growth, NewGround’s Design Team looked at all factors. Since the credit union already acquired the site on 81st Street, there were limitations on the surrounding land. That meant they had to build up! 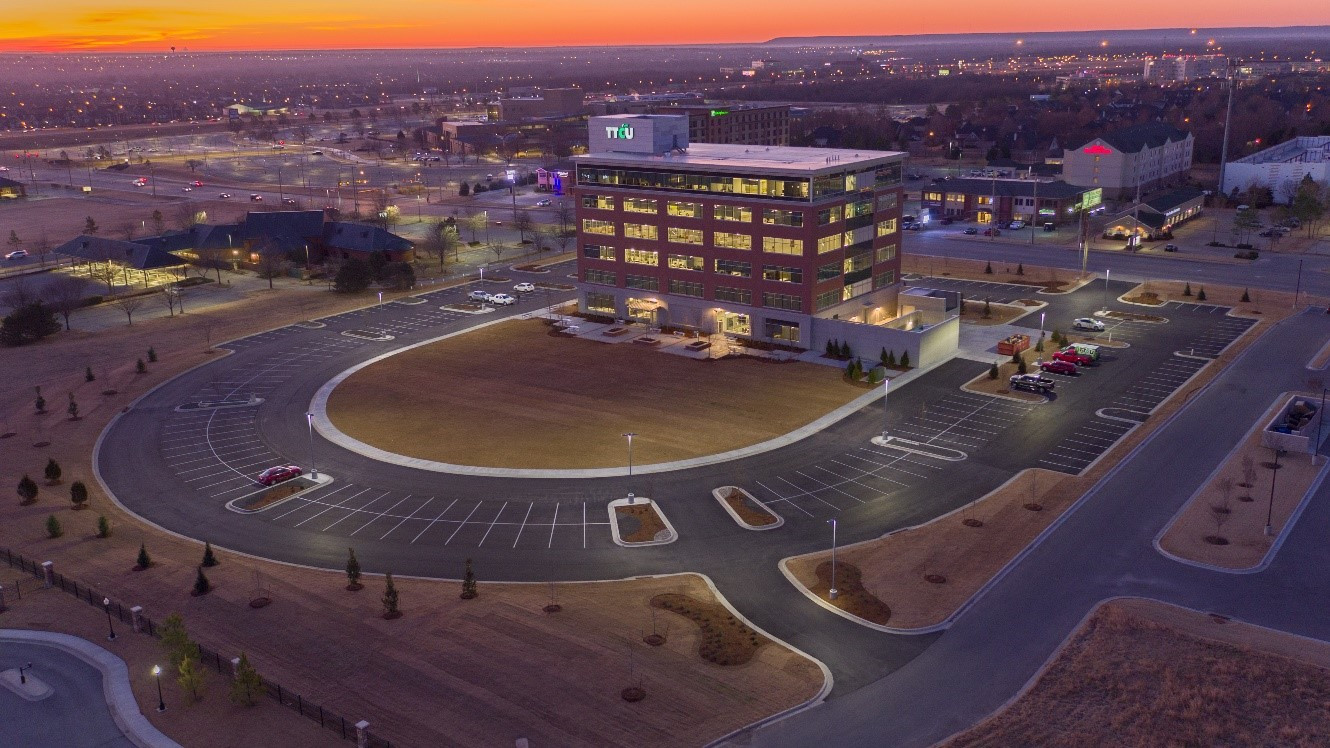 TTCU’s old headquarters building was built in the mid-1980s. It was a very rigid plan, did not allow for modifications easily, was inefficient, and did not have the proper adjacencies between departments. Work areas lacked access to natural light.

Unlike their previous building that blocked light with solid walls, TTCU wanted the new headquarters to feature tall ceilings with a lot of natural light illuminating the space.

“Now, we have wall-to-wall glass that covers the entire perimeter,” said Jerry. “In some areas, you can stand and see North, South, East, and West. The new space is a great place for collaboration and communication because of the workspace layouts. Employees are happy to have all of the natural light.” 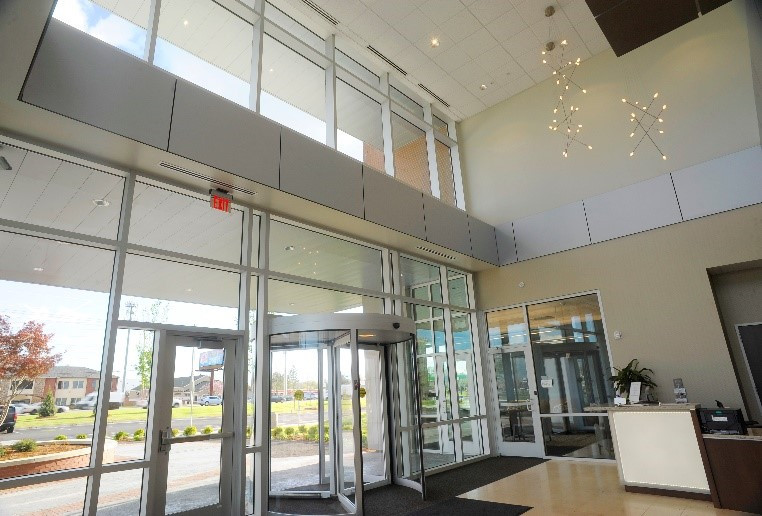 “Key factors that impacted the way TTCU’s headquarters was designed included geometry, efficiency, volume of the enclosed space, and ways to maximize that space,” said Tom. “In a large, engaging space, TTCU staff can more easily collaborate and maximize interaction between departments.” 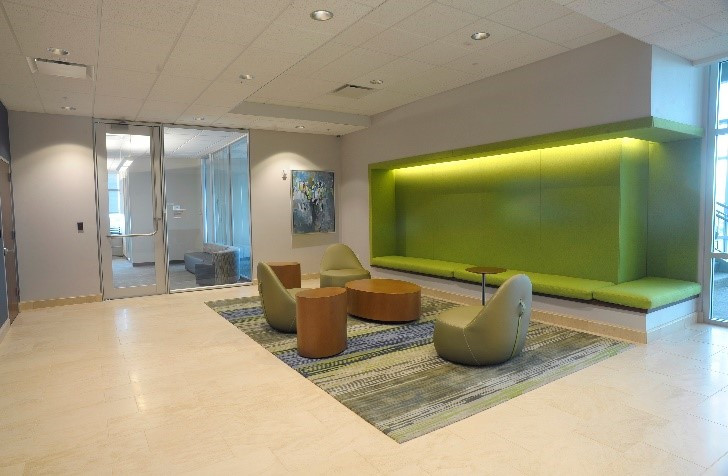 To ensure there was space to accommodate not only the credit union’s current state but also their future growth initiatives, they were willing to occupy the building with some space open and available to expand into as the credit union grew. Currently, TTCU uses four of the six available floors, with plans in the near future to use the last two.

The fourth floor will house video tellers, with 40 workstations and offices occupying about half of that space. Also, future plans include 40 video tellers. As growth continues, TTCU plans to build out onto other floors to accommodate needs for more video teller services.

“Moveable furniture and walls are must-haves: TTCU can change their function easily, and little tricks like that can help! Flexible, modular furniture gives TTCU more room to spread out or come together in whichever ways they need,” said Tom.

TTCU and NewGround both know the importance of eco-friendly, employee-friendly designs for a sustainable future.

“Daylight harvesting with motion sensors save electricity and energy throughout the day, said Tom. “With high efficiency glass windows surrounding the entire perimeter of the building, TTCU capitalizes on natural light to flood their workspace, ultimately saving energy.” 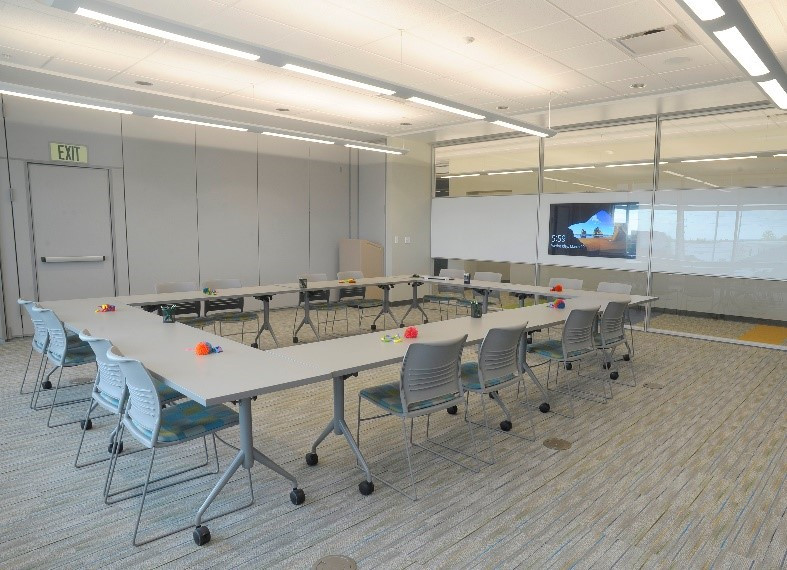 TTCU also encourages employees to maintain their physical fitness, all while helping the environment.

“On the northern perimeter of our 11-acre campus, we built a half-mile walking trail for employees to walk, run, or bike,” said Jerry.  “We also installed a bike rack for employees who choose to bike to work.”

Custom workout facilities are also available and complete with showers, giving employees convenience with accessibility. The fitness room is accessible every day of the year.

“Conveniently locating a gym exclusively for TTCU employees allows them to utilize a free workout space that reduces time spent traveling back and forth to another gym or workout area off-site, meaning overall less time on the road and less harmful emissions from vehicles,” said Tom. 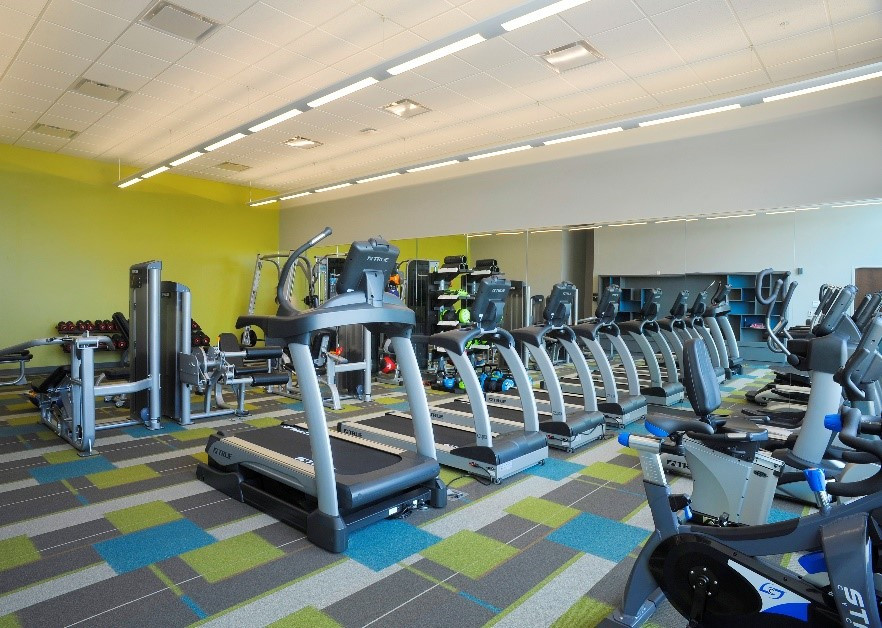 Inherently, spaces that are “green” also decrease costly energy bills—and we know saving money is always a good thing! Although green spaces may cost more upfront, businesses like TTCU will save money on energy bills in the long run. Today, TTCU’s new headquarters is equipped with an energy-efficient design that uses less than half the energy of the previous headquarters.

TTCU is competitive, profitable, and growth-oriented.

“We were founded in 1934, and when I started, we had about $50 million in assets. Today, we are on the cusp of reaching $2 billion. About eight years ago, we made it to our first billion dollars, and now we are nearing our second billion,” said Jerry.

TTCU’s future is a crystal ball.

“Our choice to future-proof our space is driven by the marketplace, regulation, and competitors, among other factors,” said Jerry. “We can change our lending products to meet the needs of our members. We also can change the geographic region in which we are lending. We’re not just limited to serving Oklahoma—we serve other states as well, like Missouri, Texas, Kansas, Arkansas, and Iowa. We actually have members around the world.”

Recently, TTCU became federally chartered, allowing them to expand into new markets. They are currently expanding into the Oklahoma City region, with possible plans for new locations elsewhere. 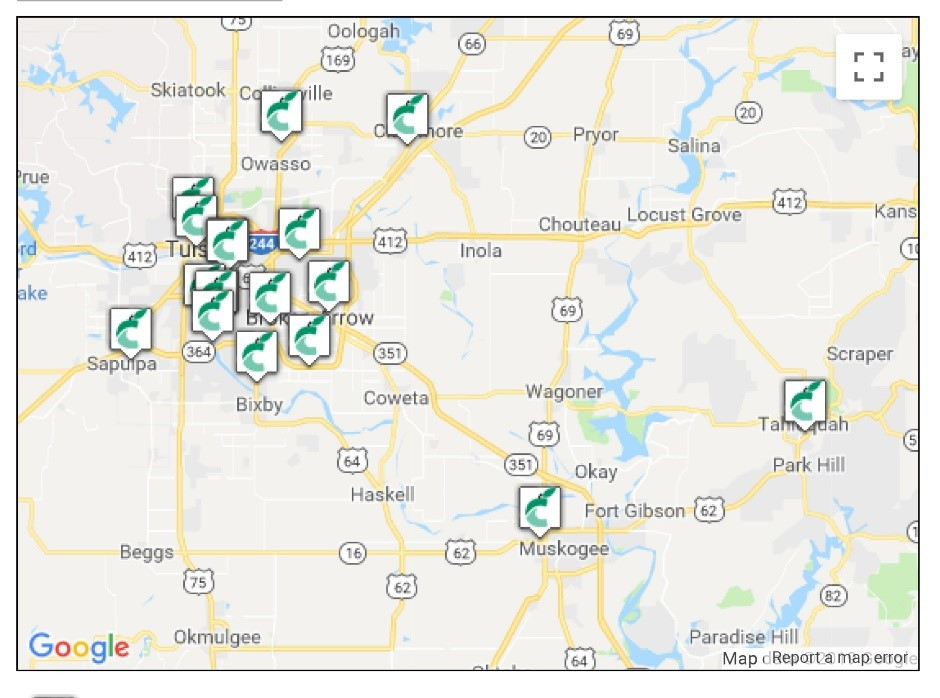 TTCU’s new building is not only beautiful and functional, but it was designed with the future in mind. Now complete, the building stands six stories tall—a feature-piece in the Tulsa landscape and true reflection of the TTCU brand.“We believe in the statement, ‘If you’re not growing, you’re dying, and your competition is going to take your business away from you,’” said Jerry. “We are always looking for ideas, products, and enhancements to existing services that will benefit our members in the future.”